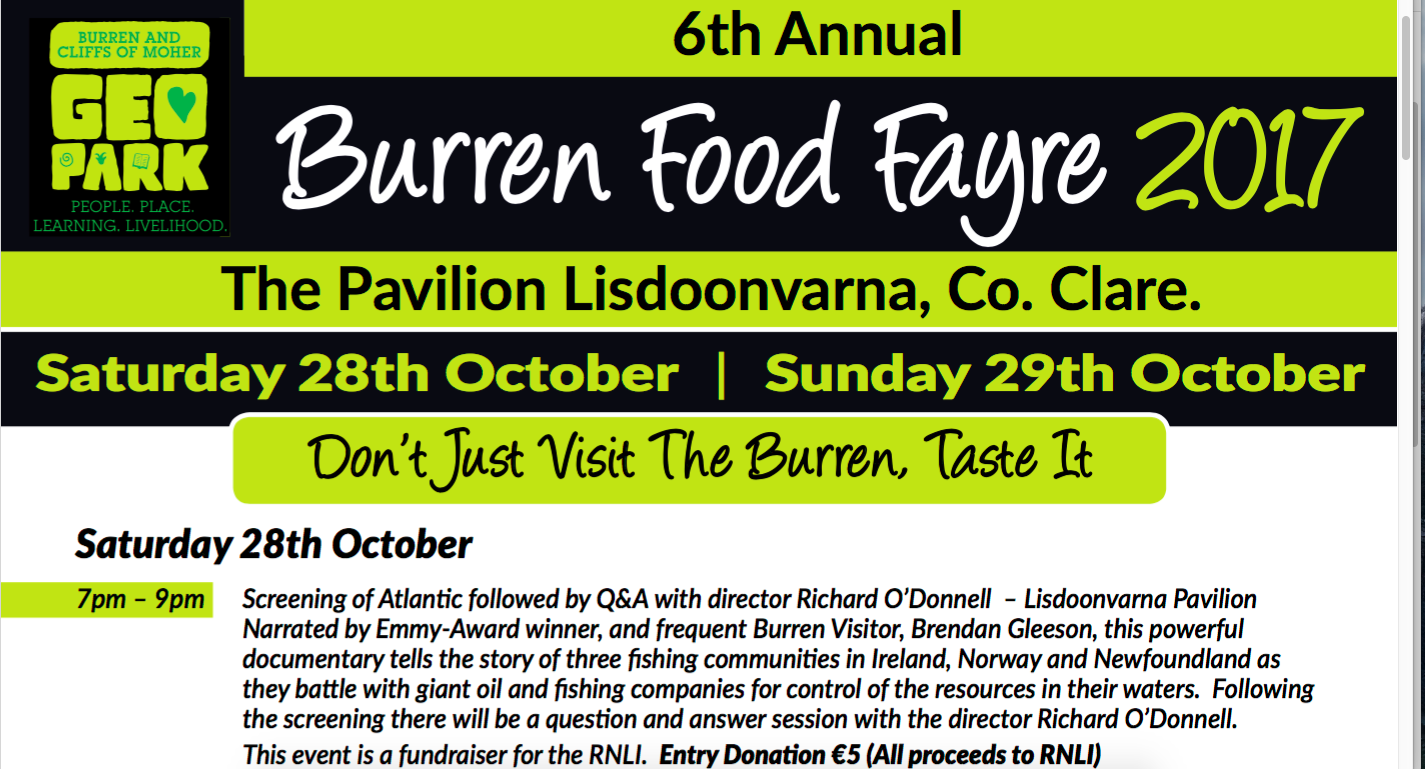 As they say ‘Don’t just visit the Burren, taste it’! Atlantic will screen on Saturday night, 28th Oct, as part of the 6th Burren Food Fayre. This year’s theme is ‘Shining the Light on Wild Atlantic Food’, where you can tour and taste and learn about foraging, smoking, curing and fine Atlantic fayre.  The weekend will kick off with the screening followed by a Q&A with director Richard O’Donnell.

Stay around for Sunday, as Richard officially opens the Food Fayre at 12.45pm, where you can dive into delectable range of #WildAtlantic tastes and treats with experts such as Oonagh O’Dwyer, Wild Kitchen, photographer Michael O’Meara, ‘Sea Gastronomy’, Birgitta Curtin from The Burren Smokehouse, Colette MCMahon from the Food Academy. 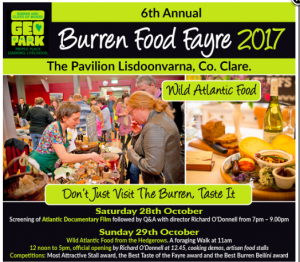